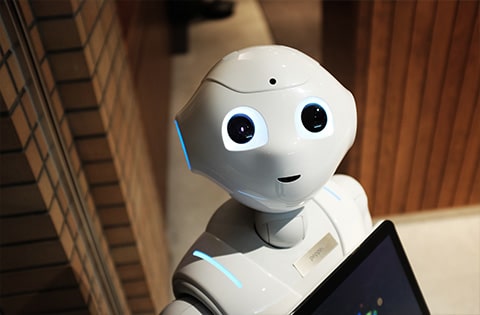 Rise of the Machines: Will Hotels Ever Rely On A Robotic Workforce?

The robotic revolution in the hospitality industry just seems to have taken a step back. This January, the famously quirky Henn-Na Hotel in Japan fired half of its 243 robot staff. The robotic workforce reportedly irritated guests and frequently broke down.

In addition, the hotel also removed ‘Churi’ — a doll-shaped artificial intelligence assistant placed in each room. Churi frequently struggled to answer basic guest questions, such as providing the opening times of the nearby theme park.

Automation is a hot topic right now, but have the labour-saving merits of a robotic workforce been overstated? In the following post, we’ll explore how hotels may, or may not, choose to balance a team of human and robot employees.

The Role of Robots in Hotels 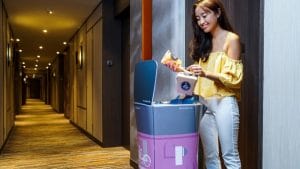 Certain roles in hospitality are already being given to robots. Savioke’s ‘Relay’ robots deliver food and amenities to guest rooms, eliminating a time-consuming human task and (apparently) delighting guests in the process. Relay is already being used by numerous hotel brands, such as Aloft, Crowne Plaza, Hyatt Place, Sheraton and Westin.

As for the near future? It’s more than conceivable that driverless concierge services will replace the human valet, and that robots such as Flippy (the world’s first burger-flipping droid) are deployed in hotel kitchens.

Fears of an automated workforce are being taken seriously. Last year, Las Vegas casino employees threatened to strike in response to increasing levels of automation. As the concerns of robots taking jobs gather momentum, it’s worth putting things into some context.

Are We Destined for a Robotic Hotel Workforce?

From an economic perspective, replacing humans with robots seems to make sense. AMckinsey study revealed how over the past 30 years, the average robot price has fallen by half in real terms, while labour costs have more than doubled.

Hoteliers seem fearful of a robotic future, and the general sentiment seems to be that they can never replace genuine human interaction. A 2017 study of robots in hotels in China also found that many hoteliers are not convinced that robots can deliver meaningful cost-saving benefits (although hotel guest satisfaction levels with robots was high). 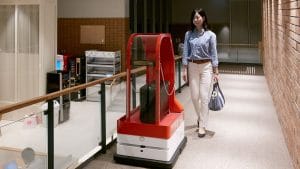 Rather than full-scale adoption, the utility of robots surely lies in their capacity to carry out behind-the-scenes labour, such as carrying guest luggage to rooms, cleaning, and low-skilled maintenance.

However, there’s reason to believe robots may also assist guest-facing employees.Right now, three US hotels are trialling a new Google Assistant Interpreter Mode that acts as a real-time translator between guests and staff. It’s easy to imagine how translation technology like this will eventually be integrated into a humanoid ‘translation bot’. This could involve a machine that roves around the hotel answering guest questions in their native language. It’s hard to deny the perks of such a service.

It’s worth remembering that no matter how advanced robotic workers become, the human touch will always be crucial to hospitality. As we’ve seen at the Henn-na hotel, robots with technical glitches can quickly wreak havoc, hindering hotel operations and frustrating guests in the process.

If technical glitches are overcome and hotels begin installing more robotic workers, will there be mass strikes by human employees? It’s also important to consider customer preferences. If greater automation is an inevitably (which it seems to be), will guests start paying a premium to stay at tech-free hotels boasting ‘human-only’ interaction?

Finally, if machines are eventually able to display a convincing range of human emotions, would knowing that these emotions were effectively being simulated rather than ‘felt’ make these interactions feel more creepy than engaging?

Questions such as these no longer belong to hypothetical debates. The explosion in automation now demands they’re given genuine consideration. In the coming years, more and more hotels will find themselves discussing the merits and pitfalls of relying on increasingly sophisticated robot workers.

In the world of hospitality where the human touch plays a very important role, it’s more likely that certain tasks will become automated, freeing up hotel staff to provide unforgettable guest experiences.