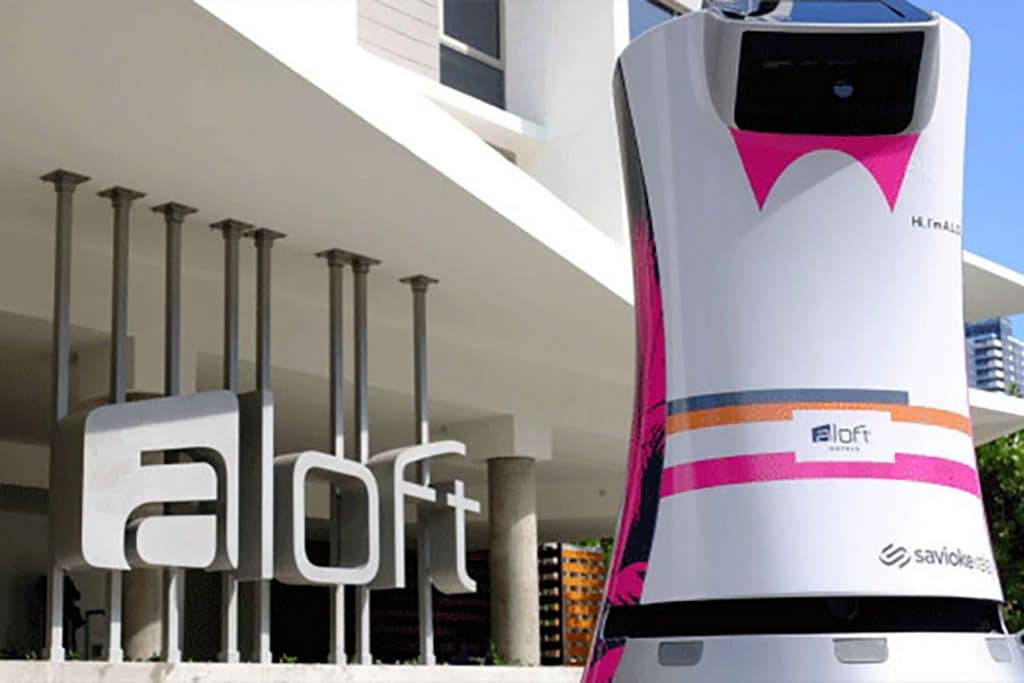 Will Machines Replace Humans in the Hospitality Industry?

The impact of artificially intelligent machines on the future job market has been gaining significant attention in recent years. According to a recent report by the McKinsey Global Institute, an estimated 50% of all current work activities might be automated by 2055.

Of course, machines taking human jobs is nothing new. For decades, companies within the manufacturing industries have cut costs and boosted productivity by using machines to carry out physically demanding and repetitive tasks. But jobs that might once have been considered inherently human are also under threat. Advances in machine learning and natural language processing have led to a new breed of AI-powered robots that can handle jobs with greater cognitive complexity. Suddenly, machines are showing the potential to handle a vast number of jobs more effectively than humans, including jobs within the hospitality industry. Today, customer-facing robots are being deployed by numerous hotels around the world in an increasingly varied range of roles. In particular, there are certain positions where shared functionality between people and robots seem especially likely.

Room service certainly seems to be a prime candidate for some level of automation. The job relies heavily on efficiency, planning and attention to detail – qualities that machines excel at. Room service robots such as Relay are already being trialled in a select number of U.S. hotels to carry out deliveries to guest rooms. After receiving an order, hotel staff load items into Relay, which then navigates around the property using Wi-Fi, on-board cameras and sensors. Guests can then retrieve items from within the robots storage compartment when it reaches their door.

According to its creators, over 80% of hotel staff say Relay makes them more effective and satisfied with their jobs. Far from complete automation, room service robots may instead free up staff to focus on more complicated tasks and jobs.

In addition, five-star hotels are less likely to embrace this kind of technology. In such an exclusive environment, having a member of staff personally deliver and serve an in-room dining order is all part of the experience. Alongside housekeeping, those working in maintenance could also be one of the first to find themselves being assisted by robots. AI and Automated Fault Detection will also play a significant part in helping hotel maintenance teams with plant and equipment maintenance.

Arguably, robots could even be deployed as hotel porters. From a practical perspective, a person would still need to open car doors and remove bags from the vehicle. But a robot could then take over – swiftly transporting luggage to the guest room. Cargo vehicles such as the Gita offer a tantalizing glimpse into this possibility. Robots may also be utilized in roles that rely upon greater social skills and advanced cognitive capabilities. In fact, there are plenty of roles that could see partial automation in jobs that traditionally rely on a fundamentally human touch.

Arguably, the most important guest-facing role in a hotel is the front desk. This is the first moment a hotel gets to formally greet and welcome their guests. So the idea of automating this vital part of the experience might seem questionable. However, do all travellers want or appreciate such formalities? Many prefer making use of mobile check-in services – happy to forfeit human interaction for a speedier journey to their room. With a robot-staffed front desk, a hotel could still provide a formal greeting for those that want one, while also offering a swifter check-in process. The idea certainly isn’t unprecedented. The Henn-na hotel in Japan is staffed almost entirely by robots, including a humanoid female and a dinosaur that welcome guests on arrival and carry out check-in/check-out services.

There are clear advantages to this approach. Machines are highly adept at handling repetitive, process-driven tasks. A sufficiently advanced front desk team could offer a much more efficient service than a human when dealing with room details and booking information. But the job clearly requires other qualities beyond administrative efficiency. The value of being greeted on arrival with a genuine welcome can’t be artificially replicated. After a long and tiring journey, a smiling face can be more effective at lifting a guest’s mood than a speedy check in. In the end, the front desk might be a place where humans and machines work together, catering to the needs of all guests. In particular, AI could prove especially useful in this role by offering language recognition and translation services. A new wave of AI translators is already showing promise in this field. With continued progression in natural language capabilities, a multilingual robot catering to overseas guests would be hugely beneficial.

The role of the concierge could also be one that is eventually automated. At the Hilton McLean, Virginia, USA, an AI-powered robot named Connie acts as a robotic concierge. Guests can get recommendations on places to visit, tips on the local dining scene, and directions to help navigate around the property.

Connie learns through each interaction, perfecting her ability to make evermore useful suggestions. But is this a one-off gimmick, or a viable industry-wide alternative to a human doing the same job? If the technology advances sufficiently, automating the role of the concierge certainly has merit. Imagine an advanced version of Connie that can access all guest data and already knows their favourite kind of restaurants, tourist attractions and spending habits. On arrival, it could instantly provide each guest with a personalized itinerary, or a series of tailored recommendations based on past data. This hyper-personalized level of service is one that a human simply wouldn’t have the time or resources to replicate. Although again, it might not be appreciated by all. Would those staying at a luxury hotel settle for a machine attending to their needs? Even if every whim and request was meticulously catered for, the experience would still be lacking the genuine care and attention only a human can offer. While AI continues to make huge strides in terms of cognitive capabilities, it also remains impersonal. The ability to empathise and display true emotion will always be valued qualities – and for now at least, they remain beyond the realms of what’s possible within robotics.

Certain roles including housekeeping and maintenance seem destined for some form of automation. In these areas, robots and AI could be used to help increase operational efficiency, decrease staff costs and improve the guest experience. Other jobs such as the front desk and concierge may involve a merging of roles. Tasks may be shared and distributed between humans and machines depending on the particular

skill set they offer. Ultimately, the human touch can never been replaced by a machine. For that reason, the hospitality sector will almost certainly be one of partial automation. Yet it’s clear that as the technology continues to advance, the hotel of the future is one where artificial intelligence and humanoid robots will almost certainly play an increasingly crucial role.