March 19, 2020Naomi Williams
This is a guest post by James Harrison from HotelTCS. James is a Technology Consultant who’s main focus is on how hotels use technology in the Guest room.

You could be forgiven for thinking that I’ve completely lost my track here. Normally I talk about smart hotels. Bear with me though. Welcome to the fourth industrial revolution.

At the beginning of 2020, we stand on the precipice of a new era. An era dubbed the fourth industrial revolution. We’ve had many revolutions before. Revolutions that everyone is probably very familiar with.

Most recently we have the digital revolution. This is the one most people are least aware of, even though everyone reading this will have lived through some part of it!

The new era I speak of is the Fourth Industrial revolution. While this is, in fact, an extension of the digital revolution, this is so significant it gets a title which implies it will have a huge impact on humanity. Just like its predecessors.

Just How Smart Is My Elephant? 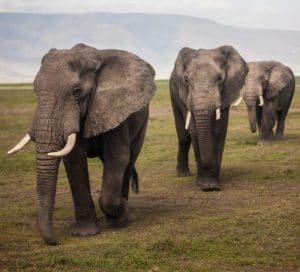 If you’ve read anything by me before, you’ll know I talk a lot about Elephants. Of course by Elephants, I mean Hotels and the technology partners who have traditionally supported them. Slow but reliable.

The effects of the fourth industrial revolution will be far-reaching for sure. Just like previous revolutions it will have a global impact, and change the course of life for a huge part of the population. I suspect however, this will be felt very strongly by our elephants (hotels).

I realise that I haven’t yet explained what the fourth industrial revolution is. We certainly won’t be reaching for the dictionary like we did with “Things” , or asking Alexa if she could deliver 1.21 gigawatts. No, this one is a little more abstract.

As I said above, the fourth industrial revolution is not merely a continuation of the digital revolution for one good reason. Speed. The linear progression of technical advancement is over. Growth is now exponential.

Let’s think about the technologies that exist with us now. Autonomous vehicles, tiny connected devices, huge volumes of data. All things that were the works of science fiction 30 years ago. 10 years ago they were ideas that felt some distance away. Today, commonplace.

Even my very ordinary car, from the brand with the blue oval, can drive itself. A self-driving Ford. Such an amazing time we live in.

These are only the tip of the iceberg. Space travel is back and Artificial intelligence is everywhere (and Airbnb is using it to decide whether you are worthy of a room!). Chatbots are now commonplace. It’s predicted that 85% of online conversations in 2020 will be humanless!

I say growth is exponential and talk of the last 10 years, because of the 30 years previous.

For those 30 years, the personal computer developed from something for enthusiasts to being in every home. It didn’t, however, change much.

People used it slightly differently, from writing BASIC code to browsing the web, playing games, online chat. They all had new iterations, but the underlying use was pretty much the same.

As a child of the ’80s (but mostly ’90s) the Dot Matrix Printer was a thing of both joy and pain (Not just the name of a spoof sci-fi character). After years of chasing ribbons, I was glad to move on. Inkjet’s, bubblejet’s, laserjets. They all did the same thing. Put ink on paper, sometimes in colour. Then all of a sudden, 3D printers…… Everywhere. 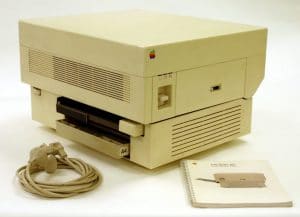 Remember virtual reality? A thing of the future? I think not. It’s been and gone. Augmented reality and extended reality are here now and will be a big part of our future. We discussed Google glasses before, expect these to become commonplace. Commonplace, now we actually know what to do with them.

Look at the things we didn’t have a decade ago. The iPad (ok, just!). Uber. Alexa. Instagram!

In less than 10 years, we have gone from “who wants a big phone anyway” to wearable tech, voice activation, sharing pictures of food and app-based lives.

Now we must prepare ourselves for an even greater explosion of tech, alongside a population that is adopting (and willing to adopt) faster than ever. This is what will drive the fourth industrial revolution. Not the technology itself, the adoption of the explosion. Are you ready?

Putting Your Rooms Up For Adoption

So back to my comment about this being strongly felt in our hotels.

Our Hotels have always been slow-moving, and have a clear idea of what technology goes in the rooms, the back office and on the web.

All of a sudden, our elephants that could not keep up with the charge, are getting left further and further in the distance.

That is of course unless they realise it now!

The technology of the fourth industrial revolution will not be alongside what we do. They will be part of what we do, seamlessly integrated. I don’t see technology fully replacing us yet, rather making us better at what we do. I’ve talked many times before of technology being complimentary, and there no change with this. It will just compliment areas of our lives that we never expected!

The fourth industrial revolution will see technology and its use exploding around us. The key here is not knowing every piece available. No, it’s having a plan. Not a deployment plan. Not even a technology roadmap.

The key is about having a plan to deal with what’s out there and how you can use it. A plan that helps you not get left behind, ready to be picked off at the back of the herd.

How about giving the role of technical guru to someone? Someone who looks at the business and how it can use technology, then research what can solve the pain point. Rather than trying to figure out how you fit technology into your business. Ideally someone with a crystal ball. 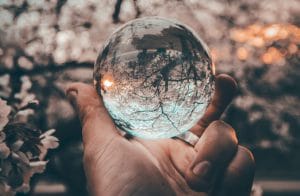 Tantrazastra Guru. That’s Sanskrit for Technology Guru. I use a different language because you need a guru that transcends barriers. Be them language, usual vendors, usual paths. Someone who can find the best for you.

The future is exciting. An explosion of technology as part of the fourth industrial revolution is upon us, and you don’t want to get passed by.

Lead from the front, involve, discuss and be open. Hopefully, I’ve inspired you to embrace different technology but, if you struggle, HotelTCS are happy to show you the way. 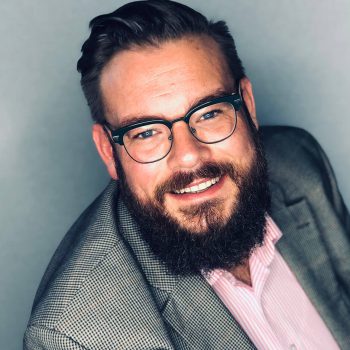 Technology Consultant
He is a technology consultant with a focus on how hotels use technology in the Guest room. With a passion for both technology and the written word, he produces regular content on technology in the hospitality industry. Connect with him for more insights – LinkedIn.