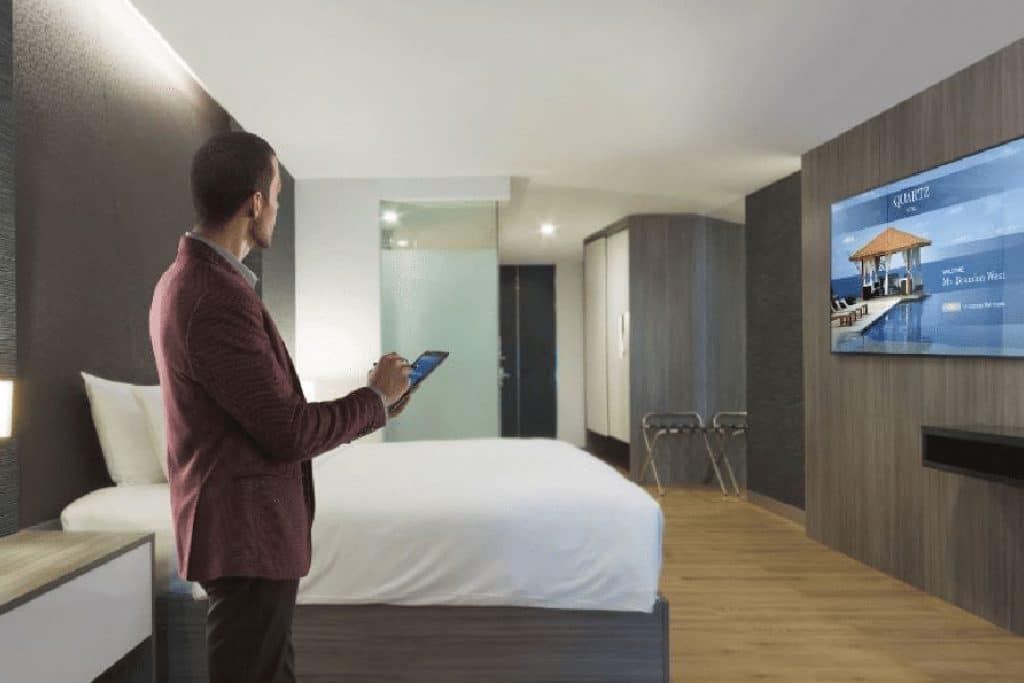 It’s no secret that scheduled TV programming is in sharp decline. Viewers no longer want to wait a week to catch their favourite TV show. They want to watch it at a time and place that suits them.  The rise of streaming services such as Netflix and Stan highlight just how fast this shift is happening. Despite only launching in March 2015, over 1 in 3 Australians now has a Netflix subscription, which includes a huge surge in subscriptions during the first quarter of last year. This change in viewing consumption is reflected in the typical hotel guest who frequently arrives with their own entertainment on personal devices. Rather than relying on whatever in-room content happens to be available, they want the flexibility to watch their own movies and TV shows. To cater to this trend, a growing number of hotels are offering streaming services to enable guests to watch their own content on the in-room TV. But not all streaming services are made equal. While still in its infancy, the current technology being used by some hotels already looks like it could soon be replaced.

Back in 2015, Marriott lead the way by becoming the first hotel to introduce Netflix into their hotel rooms, allowing guests to access their own Netflix accounts on the in-room TV. Guests were also able to access other services including Stan and Pandora.

This move represented an important shift away from offering increasingly less popular pay-per-view content. Yet despite the demand for more personalised in-room entertainment options, this particular form of streaming comes with some drawbacks. For instance, guests must either have a pre-existing Netflix account or set up a new trial. They also need to enter their personal Netflix account details using the TV remote and on-screen keyboard. Not only is this a cumbersome process, it involves sharing personal data in a public environment — something that many guests are likely to feel quite uncomfortable with. However, a new form of streaming technology known as “casting” eliminates these issues, and arguably represents the way in which all hotel streaming services will go.

In contrast to traditional streaming, casting provides a simplified and secure alternative. Users can stream content by accessing the cast-enabled apps already on their own devices. Not only does this eliminate the clunky user interface of inputting details into the hotel TV, it resolves potential concerns over data protection.  In terms of an industry standard, services such as RoomCast (powered by Google’s Chromecast) represent a likely contender. To date Chromecast supports over 1,000 apps, 200,000 TV shows and movies, and 30 million songs — so the breadth of content guests can stream is already pretty vast. In addition, RoomCast enables users to carry on using their phone for other tasks without interrupting the content happening on the big screen.

Last year, Aloft was the first hotel to trial RoomCast at its 188-room New Orleans Downtown property. As an industry innovator, this move by Aloft represented an awareness that the nature of in-room entertainment could soon be entering a new era.

Just recently, Hyatt became the latest hotel brand to offer in-room casting. Hyatt has begun working with Sonifi Solutions to utilise its Staycast technology – another Google Chromecast-powered platform for the hospitality industry. The service is currently available in 14 Hyatt properties and integrates with the World of Hyatt mobile app.Wingate by Wyndham has also begun running a pilot with Sonifi. This followed a test that showed on average, Wingate by Wyndham’s guests cast 12 times from their devices to the in-room TV over an average two-night stay. According to Sonifi CEO Ahmad Ouri, one of the other major benefits of this form of streaming is data collection: hotels can look at streaming habits across the board to help them better identify how guests are using the technology. From the guest perspective, the beauty of casting compared to earlier streaming services is about simplicity and security. They aren’t required to input a code or hand over personal details through the hotel TV. Instead, everything can be done through their own mobile devices using the apps they already have.

The future of in-room entertainment

We live in an era defined by instant access. Services such as Netflix, Amazon and Uber have habituated consumers into expecting immediacy and flexibility. In terms of in-room hotel entertainment, this is redefining the behaviour and preferences of the modern day hotel guest.

As streaming gains popularity in the home, guests will increasingly want and expect to access their accounts from the comfort of their hotel room. Moving forward, casting will become integral to this process, representing the ultimate way for guests to enjoy their favorite content through a simplified, secure and seamless form of connectivity.